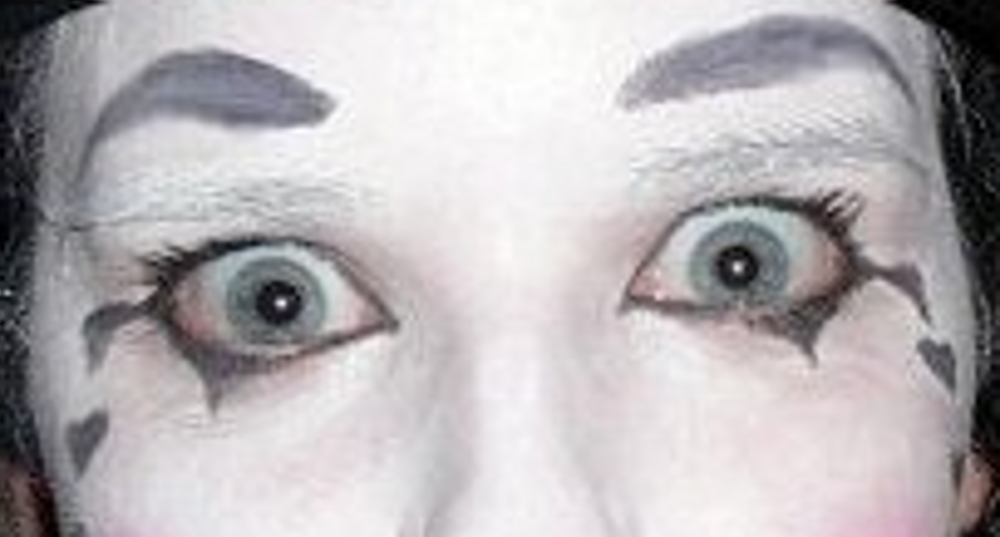 The links between comedy and tragedy are as deep as the furrows on a Braintickler’s forehead. (That is, very.) All of us are one misstep away from gliding like swans over polished floors to becoming lame ducks. One wrong breath will turn laughter to tears. And to get through the bad stuff, laughter is what’s needed. Comedians can tell us something about our lives by laughing us to recognition.

The Island on which the Master Game Series takes place is Goddess-awful. The Island’s largest inhabited area is called No Place, and the Island’s children are forced to attend Pity Me School. The Island is governed by an Establishment who rule with iron crooks. They build fences and put people into boxes. And if you do not fit their mold, you have to be destroyed…

“Where’s the fun in that?” you may ask. But Jamie Tuff and her friends manage to find it, whether it’s in a quiet moment in Blue Wood or a much-needed bitching session during a sleepover. It’s in the playing of Brainball before you get interrupted. Their lives are liveable because, though menace is ever-present, the potential for laughter is also always lurking. And that’s before they have any kind of real escape.

The Summer Sacrifice is not an out-and-out comedy; it may not have you rolling on the floor. But perhaps when you most need it, humour will take you by the hand and lead you through the Sea of Life and Death. At least, I hope that is the case.

I am in the process of recording an audiobook of The Summer Sacrifice. I am very excited about bringing the story to life in this way. Excerpts from the book will be available to listen to and download for free on my website. When they’re available I will shout about it loudly, don’t you worry. (Note: shouting won’t be a technique I use on the audiobook. It’s bad practice, I hear.)